3,326 tons of CO2 to be reduced thanks to reforestation at the Coronel Sánchez Bilbao Base in Almagro, Ciudad Real

Iberdrola has taken another step forward in its commitment to a sustainable energy and development model that contributes to the fight against global warming and its consequences. As part of its Trees Program, which aims to promote the planting of 20 million trees and absorb 6 million tons of CO2 emissions by 2030, the company, through its Foundation in Spain, has inaugurated the reforestation of the Coronel Sánchez Bilbao Base in Almagro, Ciudad Real.

This reforestation, the fourth undertaken by the foundation within the Iberdrola-Forest Defence plan, has involved the planting of 40,000 native trees over an area of nearly 47 hectares, 70% of which are Aleppo pines, 15% are wild olive trees and the remaining 15% are holm oaks; over their lifetime they will prevent the emission of 3,326 tons of CO2 into the atmosphere. 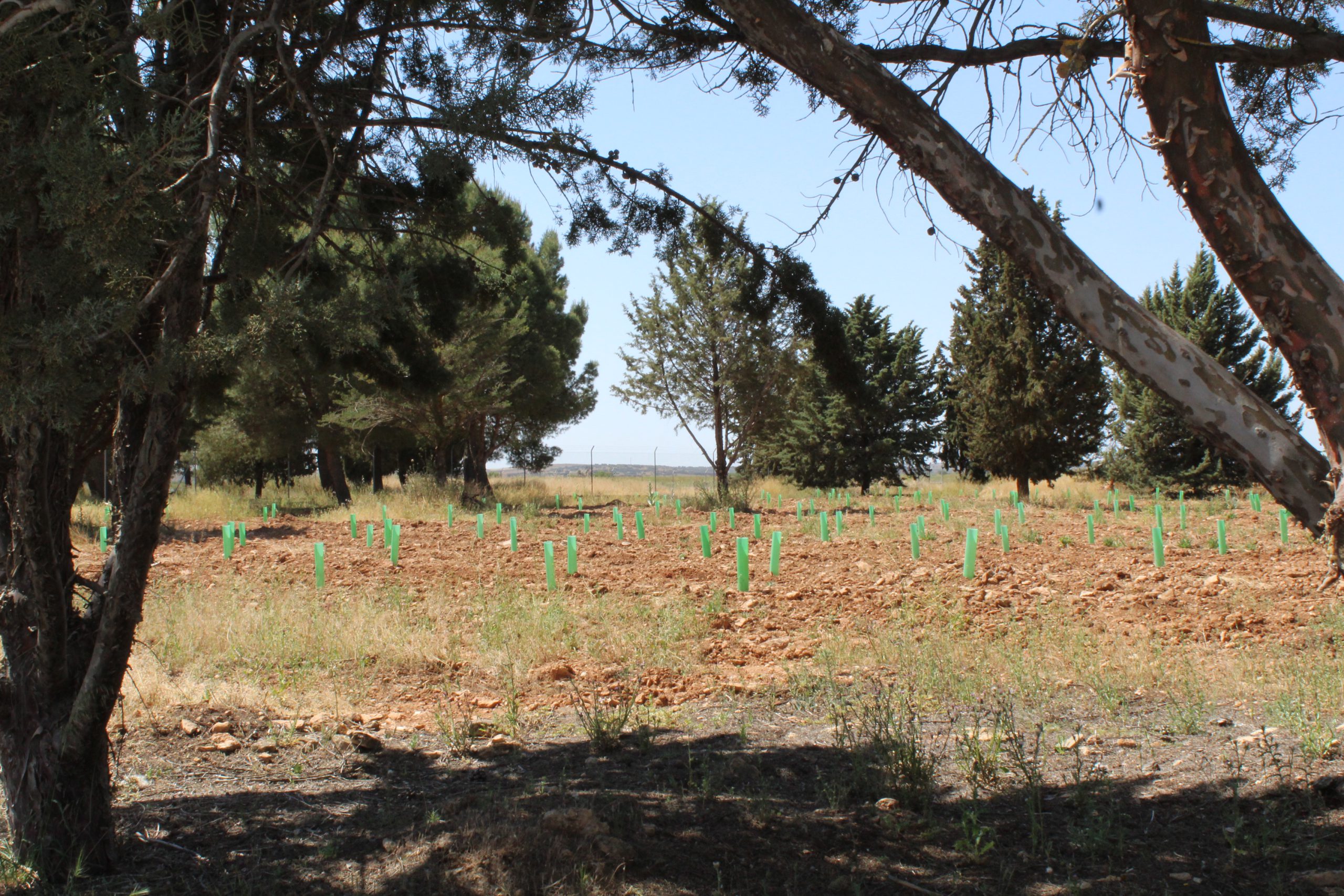 In addition, for this project, the Fundación Iberdrola España is investing 170,000 euros and has contracted a local company to carry out these works, together with twelve local workers, as well as the maintenance and irrigation of the land over the next two years.

The inauguration ceremony of the reforestation project was attended by the Deputy General Director of Planning and Environment of the Ministry of Defense, Colonel Manuel Blasco Gómez; the Deputy Minister of Environment in Castilla La Mancha, Fernando Marchan Morales; the Mayor of Almagro, Daniel Reina Ureña; the General Director of Army Infrastructures, Joaquín de la Torre Fernández and the President of the Fundación Iberdrola España, Fernando García Sánchez.

Iberdrola signed in 2018 a collaboration agreement with the Ministry of Defense and the General Directorate of Infrastructures for the development of joint initiatives for the improvement, protection, and conservation of the environment in different military facilities. One of the areas of action identified was the conservation of the natural environment. To this end, these entities agreed to develop a program for the reforestation of the military maneuvering fields owned by this ministry. Iberdrola, through its Foundation, is in charge of carrying out these works in the lands selected by the administration, with the commitment to carry out one every year.

Fundación Iberdrola España is developing this initiative with several reforestation projects in army maneuver and firing ranges. Since the signing of the agreement with the Ministry of Defense, the fields of Renedo-Cabezón (Valladolid), Sierra del Retín (Cádiz) and the Chinchilla field in Albacete have been inaugurated, and currently the Coronel Sánchez Bilbao Base in Almagro. It has also led to other reforestation projects such as the one in the Grazalema Biosphere Reserve to promote the conservation of the Abies Pinsapo species.

These initiatives not only improve and promote the conservation of the natural environment but also contribute to the reduction of CO2 emissions.

Iberdrola began a profound transformation of its business model more than 20 years ago when it opted for a sustainable, safe, and competitive energy model that would enable it to tackle the fight against global climate change.

Today, the Iberdrola group is a global benchmark in the fight against climate change -goal 13 of the Sustainable Development Goals (SDGs)- and in line with the group’s strategy and commitments to reduce emissions, the company has continued to add renewable capacity during the first half of 2021.

In the specific case of Spain, 90% of production during the past six months has been emission-free, and globally, 80%, without having produced a single megawatt hour with coal between April and June. In countries such as the United Kingdom, Germany, and Portugal, Iberdrola already generates 100% of its energy with zero emissions.